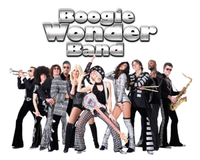 WITH THE BOOGIE WONDER BAND

If we didn't know better, We'd say that the BOOGIE WONDER BAND arrived via a time machine because this 10-piece band bust out the grooves and disco-strutting jams like they are straight out of the 70's. Channeling the era with a full throttle high-octane live show, each member dons eye-popping Las Vegas-inspired costumes and flashy personas. They come from another decade where Disco ruled the dance floor.

DON'T FORGET TO WEAR YOUR DISCO CLOTHES AND SHOES. LOTS OF PRIZES FOR BEST DRESSED SURELY A NIGHT TO REMEMBER 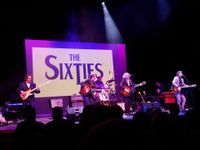 SUN CONCERTS AND JAMES D'AMICO PRESENT THE SIXTIES SHOW The Sixties Show is from NYC and is The Greatest 1960’s Musical Re-Creation Show on Earth. The Show is a high energy trip back in time that reminds the audience how uniquely inspirational, entertaining, and historically significant the music and events of the 1960’s was. All of the music is performed live, with no samples, backing tracks or prerecorded music of any kind. The band uses a state-of-the-art sound system but, only plays authentic 1960’s period vintage and reissue vintage gear and instrumentation, just like the original artist’s and original recordings. This, combined with genuine 1960’s mod costumes that the band wears, only adds to the meticulous detail and authenticity of this popular and powerful theater show. The members of The Show were hand-picked to perform and record with Sir Paul McCartney, The Beach Boys, Brian Wilson, The Bee Gees, Mick Jagger, Bruce Springsteen and other legends. 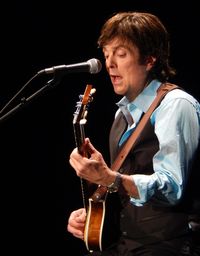 SUN CONCERTS AND JAMES D'AMICO PRESENT LIVE AND LET DIE-THE MUSIC OF PAUL MCCARTNEY Singer and Recording artist, Tony Kishman is the creator and band leader of “Live And Let Die”; a full multimedia experience celebrating the music of Paul McCartney and featuring four multi-talented musicians. Tony starred for six years in both the national and international tours of Broadway’s smash hit musical, ‘Beatlemania’ and also performs in the International Symphonic Beatles production, ‘Classical Mystery Tour’. He has been performing his award winning show to the most successful band of all time around the globe for more than a decade, bringing the music and the magic of both the Beatles and Paul McCartney to a new generation, earning raves by ‘Beatlemaniacs’ for his uncanny resemblance both visually and vocally to the beloved Beatle.

YELLOW BRICK ROAD A TRIBUTE TO ELTON JOHN There is no other performer who looks and sounds so much like Elton John, nor any tribute act that provides the experience of being at an actual Elton John concert, the way Gerald Brann and Yellow Brick Road does. Brann not only bears an uncanny resemblance to the international superstar, complete with his mannerisms and gap-toothed smile, but he meticulously re-creates Elton John’s vocals and playing to the letter. To truly capture the essence of the piano man, Brann dresses in custom-tailored replica costumes and Elton’s trademark sunglasses